A 60/40 Stocks/Bond Strategy No Longer Works. Here’s What to Do Instead.

It’s been a wild game in 2020, and we’re only starting the fourth quarter, with perhaps even more fireworks to come. That applies equally to markets and the political world. 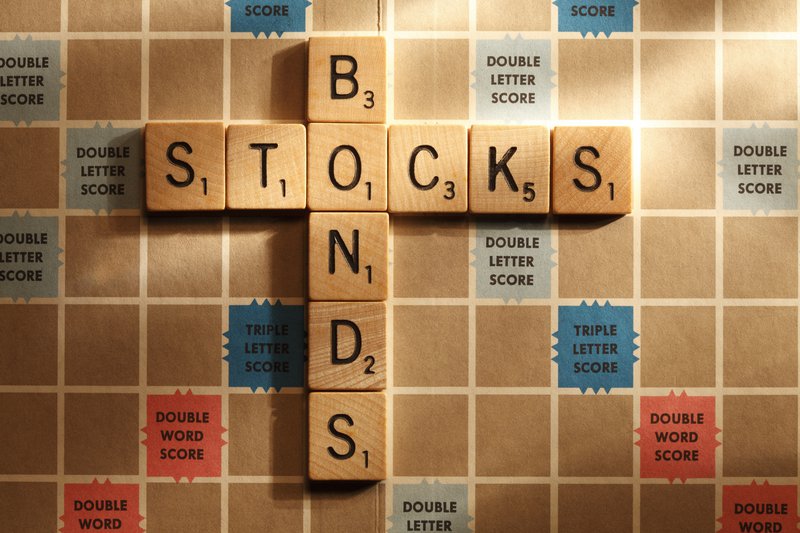 The 5.57% total return for the S&P 500 index in the year’s first nine months scarcely tells the tale. More memorable were the sickening plunge at the end of the first quarter, as the coronavirus pandemic spread, and the subsequent 51.75% rebound from the March 23 low through Sept. 30, according to total-return data provided by Howard Silverblatt, S&P’s numbers maven. All of which left the S&P 500 with just a 0.47% return, relative to its Feb. 19 high, after stomach-churning swings.

Bonds could have provided a buffer to this volatility. The fixed-income Bloomberg Barclays US Aggregate Bond Index returned 6.79% for the first nine months, better than the equity benchmark. More than simply not putting all of one’s eggs in a single basket, diversification works because bonds typically act as a shock absorber to drops in equities. That’s made a 60% stock/40% bond portfolio, or some variant of it, a fairly standard template for institutional and individual investors alike.

But the past may not be a good guide to the future. As I’ve written previously, with bond yields at historic lows—recently 0.67% for the 10-year Treasury benchmark—they have little room to fall and no limit to how far they can rise. (And as yields climb, bond prices fall.) The Federal Reserve’s announced intent is to push inflation above its previous 2% target, which means negative real returns.

All of which argues that Treasury inflation-protected securities, or TIPS, would provide a better hedge to equity portfolios. So would gold, should inflation and bond yields rise from their historic lows. Shorter-term fixed-income investments could add a measure of stability to a diversified portfolio. They currently have a lower yield, but they carry less risk if yields go up.

J.P. Morgan strategist Jan Loeys offers another alternative to the 60/40 portfolio for a world of near-zero interest rates: Mix in “equity-like bonds and bond-like equities,” such as convertible securities, high-yield bonds, and shares of real-estate investment trusts—investments that mostly don’t fit in the standard benchmarks, such as the S&P 500 and Bloomberg Barclays Agg bond index.

Looking ahead is guesswork, but there’s one certainty: Returns will be lower. There could be a “Japanization” of the bond market, with yields near zero for many years. Alternatively, the future could see rising inflation and higher yields from the Fed’s massive bond purchases, which effectively “monetize” the Treasury’s multi-trillion-dollar budget deficits. It’s all unknowable, so the working assumption is that the current 1.3% yield will constitute the annual return from bonds for the next decade, Loeys wrote in a client note.

Stocks’ future returns are even more imponderable. Skipping over various dense analyses, the J.P. Morgan assumption for the next 10 years is that they will return 5% annually.

Together, the 60/40 portfolio is projected to return 3.5% a year over the next decade, according to Loeys’ estimates. That would fall far short of the needs of many institutions, such as pension funds and endowments. For an individual, after taxes, that return would barely stay ahead of inflation, if that.

Adding the suggested alternative investments might lift returns significantly. Since 1987, a “hybrid” mix equally weighted in high-yield bonds, convertibles, REITs, and utilities has returned 10% annually, versus the S&P 500’s 11%.

Looking ahead to the next 10 years, a mix of 20% traditional bonds, 40% hybrids, and 40% stocks would provide an estimated yearly return of about 4%, the bank’s simulation shows. It should be emphasized that the hybrids’ annual volatility can be nearly as high as stocks’ (as the March meltdown across the capital markets dramatically demonstrated), but is significantly lower over a decade.

All of which would be a theoretical exercise for individual investors before the era of exchange-traded funds.

The message is that investors should hold fewer “safe” bonds and similar allocations to these hybrids and equities in a conservative portfolio. Shifting further to 60% hybrids/40% stocks would provide a projected 5% return over the next decade, the same as an all-equity return, with much lower volatility by the end of the period, Loeys estimates. Moreover, he adds in another note, the addition of U.S. hybrids also would benefit foreign-based investors.

To quote the great philosopher Yogi Berra, the future ain’t what it used to be. Portfolios should adjust accordingly.