Across the world, humans are living through a period of extraordinary change, with jobs lost, businesses closed, graduations canceled, and weddings, moves, and vacations postponed. Familiar routines involving work, school, exercise, and weekend recreation have been tossed out the window.

Moving forward, there’s more uncertainty on the horizon. We don’t know when or if those jobs will come back, when schools and offices will reopen, when we’ll be able to hug grandparents or see faraway friends and relatives. Many of us don’t know whether we’ll be able to pay the rent or the mortgage. Trauma and upheaval are coming at us from all sides, and no one can predict when it will let up. 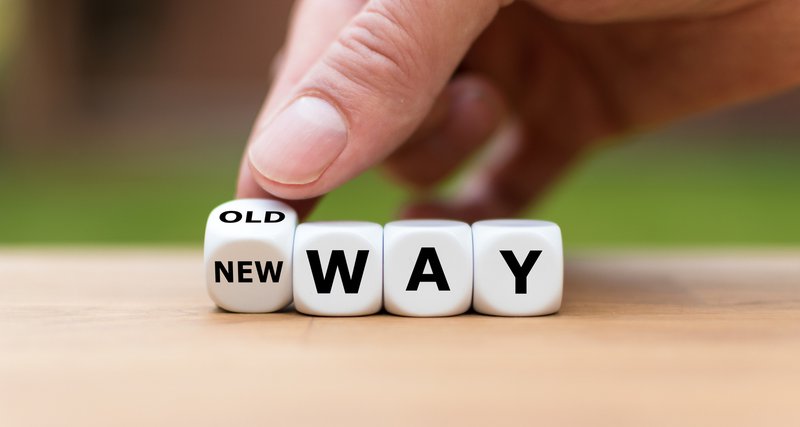 It’s a lot of change to get used to all at once, and it’s not static. So, going forward, adaptability may be our best asset.

What is adaptability and why do we need it?

“I define adaptability as the ability to be creative and flexible in the face of new situations,” says Laurie Leinwand, a licensed professional counselor based in Denville, N.J. Most of us “have a tendency to shut down in the face of new things,” she says. But change, Leinwand says, is like a rip current — if you swim against it, you’ll never reach the shore. “I advise people to ride change like a wave. If you’re in a fall, a rise will follow.”

Adaptability was an important survival skill even before the pandemic, given all the changes in the economy that were forcing people to shift jobs, move to different cities or switch schools every so often, says Patrick J. Rottinghaus, associate professor and program director of the counseling psychology graduate program at the University of Missouri. Rottinghaus, who specializes in career issues, defines adaptability, in part, as “the capacity to cope with and capitalize on change, and the ability to recover when unforeseen events alter life plans.”

Psychologist Marcia Reynolds, an early leader in the coaching movement, likes to remind clients that the future was never certain to begin with. “Einstein said that ‘reality is merely an illusion — albeit a very persistent one,’ ” she says. “The idea that we believed everything was going to be okay was unreasonable. Unexpected shifts are always around the corner, whether in personal life or in business.”

Adaptability in the face of uncertainty, she adds, is important because it allows us to see the possibilities in unanticipated change. “Sure, the pandemic could be the apocalypse,” she says. “Or it could just be accelerating changes that were going to happen anyway — such as the shift to remote work.”

Cultivating adaptability in ourselves

But what if it’s not in our individual nature to be adaptable? If we know from experience that we don’t embrace change, can it be a learned skill?

“Adaptability is often seen as a personality trait,” says  Sue L. Motulsky, associate professor in the Division of Counseling and Psychology at Lesley University. Some people are more adaptable by nature, she explains, so in the current unpredictable world, we see some people taking the changes in relative stride, while others are struggling.

But Motulsky does think adaptability is a skill that can be learned, even if in a trial by fire. “Look at people who have to work from home now,” she points out. “People have adapted to Zoom meetings and online school. Whether we wanted to or not, that was the reality — we had to do it.”

Accepting the uncertainty of the future means planning one step at a time, says Leinwand, which is especially important when the landscape is changing so rapidly. “We have to let go of the need to plan from A to Z,” she says, “and learn to be okay with planning from A to B.” After all, by the time we get to B, things already may have changed — just ask anyone who postponed their March vacation to May.

Rottinghaus says the same “one step at a time” advice applies to those facing job loss or career changes as a result of the pandemic. He suggests setting short- and long-term goals in searching for a new job or learning new skills — Today I’ll send out X applications or spend an hour learning to write code.

Part of taking small bites out of big problems means differentiating between the things that we can control and can’t control, adds Rottinghaus. He also encourages a perspective known in career counseling terms as “positive uncertainty.” “We start by accepting that we’ll get through this,” he says. “Accepting that the world is uncertain and being comfortable with that uncertainty gives us the confidence to be flexible.”

Just as we must accept that the future is unknowable, we also must examine our own thinking regarding why we believe what we believe. When it comes to crisis or change, most of our preconceived notions about ourselves are negative — I can’t do X job because I’m not outgoing. I can’t work from home because I need more structure. In her work as a coach, Reynolds asks clients to unpack such assumptions and beliefs. “When we detach ourselves from our stories and really look at them,” she says, “we start to see the gaps in logic, the fear-based beliefs that are driving our thinking.”

Leinwand says the oft-repeated advice to practice gratitude can also help cultivate adaptability. “Find the smallest thing you’re thankful for,” she says. “Look for something that’s going right. It sounds like a cliche, but gratitude only serves to lift us up; it gives us a place from which to build.”

Remember, too, that although the pandemic has sent most of us home, we must resist the urge to turn inward too much. “Work is about more than just survival,” says Modulsky. “It’s an important way to connect with people. Taking away those social connections takes a real toll.” It’s important to reach out to others as we confront uncertainty — with a caveat. “Find friends to talk to who won’t just take you down a rabbit hole of defeatism,” says Reynolds. “Talk. Instill hope in each other. And create a sense of safety an.zad calmness right now. That has to come first.”

Adults aren’t the only ones having to do a lot of adapting lately. Children, who so thrive on routine, have had their worlds turned on end as well. Leinwand encourages creating new, not-too-rigid structures that add some order to kids’ days without going overboard. “Get up; have breakfast; do schoolwork; go for a walk,” she says.

Rottinghaus says that just as with adjusting to job changes, families should take small steps as they adapt to their new realities. “A lot of parents suddenly need to be teachers, and they and their kids may not be comfortable with it,” he says. “And that’s okay.” If one lesson is a little bumpy, the next one will be better. “Continuing to persist, being willing to be less than perfect,” he says, is how we all learn from our experiences.

There’s no question that we are living through a period of acute discomfort. “We are being attacked by stress,” says Reynolds, “to the point that our brains are not functioning at full capacity.” To keep moving forward, she says, it’s essential that we do all those good-for-us things we say we’re going to do, such as going for walks, or taking breaks to meditate — or just breathe.

And we can take heart that, as Motulsky pointed out above, we’re already practicing adaptability. “Three months ago,” says Leinwand, “if someone said, ‘We’re going to shut down your world and you’re going to have to stay in the same room with the same people for an indefinite period of time,’ we would have balked and laughed.” Instead, Leinwand says, “virtually everyone has done that and learned to be okay with it.”

Children, she says, are especially benefiting. “They’re learning to cook with their parents; they’re having extra time to themselves.” Importantly, she says, with missed milestones such as graduation and prom, “they’re learning to be disappointed and still be okay.” The ability to accept change rather than shutting down in the face of it is a skill that will serve these children for a lifetime.

The pandemic, says Leinwand, “has been a global experiment in discomfort.” It hasn’t been easy on anyone, but, she adds, “learning to be comfortable with being uncomfortable is what will get us through it.”

Heath is an author, editor, and travel writer based in central Italy.