The Bear Market Is Nearing an End. The Bubble Might Just Be Getting Started.

It’s as if the bear market never happened. And maybe it didn’t. 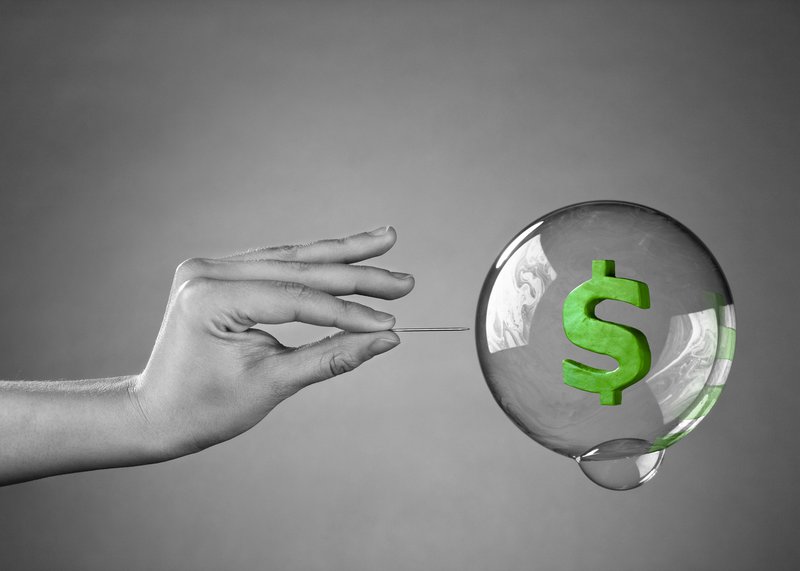 In other words, if you went to sleep on Feb. 19 and woke up on Aug. 14, you would think that nothing had happened.

But what if the market didn’t experience a bear market? By the traditional definition, it obviously was: The S&P 500 dropped 34% from Feb. 19 through March 23, far more than the 20% needed to meet the requirement. But there are other ways to think about whether a drop is really a bear market. For instance, a typical peak-to-peak recovery takes 1,542 trading days, on average, according to Dow Jones Market Data, so the speed of the rebound alone would suggest that something else is going on.

A bear market should also mark a clean break with what came before. That was the case during the 2007-09 financial crisis, as banks went from being the best-performing sector to laggard, and during the dot-com bust, when tech stocks suffered massive losses but value investors made off like bandits.

Instead, Michael Shaoul, CEO of Marketfield Asset Management, compares the drop to two other big declines, one officially a bear market, the other not.

The first occurred in 1987, when the S&P 500 dropped 34% from its all-time high—including the 20% Black Monday tumble, still the largest single-day decline on record. The second occurred in 1998, when the emerging market debt crisis and the blowup of hedge fund Long-Term Capital Management caused the S&P 500 to drop 19.3%. In both cases, the rebounds, spurred by Fed largess, were swift and ended up creating bubbles—in Japan in the former, tech in the latter. And in Shaoul’s opinion, another bubble is being inflated.

“Under current circumstances, the odds of central banks being ‘third time lucky’ appear to be remote, and we increasingly believe that we are heading for some form of ‘bubble trouble’ along the road,” Shaoul writes.

You don’t need to take his word for it. Consider Bank of America analyst John Murphy’s Friday morning upgrade of Tesla—which has gained 295% to $1,650.71 in 2020—from Sell to Hold. It wasn’t that Murphy suddenly had a change of heart on Elon Musk’s company. Instead, he cited Tesla’s unfettered access to cheap capital gained by its stock’s never-ending rise.

“It is important to recognize that the higher the upward spiral of [Tesla’s] stock goes, the cheaper capital becomes to fund growth, which is then rewarded by investors with a higher stock price,” Murphy writes.

Think about that for a minute. Murphy is describing a positive feedback loop, one that is almost guaranteed to lead to a price well above what fundamentals suggest it should. And that same dynamic is at play in many parts of the market, says Jason Brady, CEO of asset manager Thornburg. The market is being led by companies that have gotten stronger because of the coronavirus, can offer growth at a time when the Federal Reserve has pushed interest rates well below the level of inflation. It’s a good story, he says, but may be starting to get pushed too far.

“That’s where things are getting a little bit silly,” Brady says. So if the market is in a bubble, what might cause it to pop? BTIG strategist Julian Emanuel offers a few potential catalysts. A vaccine could cause investors to buy economically sensitive stocks over those that benefit from everyone working from home. Interest rates could rise, causing financial stocks to rise—and bloated multiples to contract. Continued tensions with China could also cause problems for highflying tech stocks.

“Or will there be no catalyst, as bubbles tend to be identified in hindsight, as it was in Y2K,” Emanuel writes.

And maybe then, we’ll have a real, genuine, honest-to-God bear market.