Biden vs. Trump on the U.S. Economy

President Donald Trump and former vice president Joe Biden offer a resoundingly distinct choice on economic and regulatory issues. Trump’s economic policies boil down to a vigorous push for growth at home and pursuit of his America First agenda abroad. Biden is calling for more active and expansive government efforts to address inequality and to provide critical investments in people, infrastructure, and the environment. 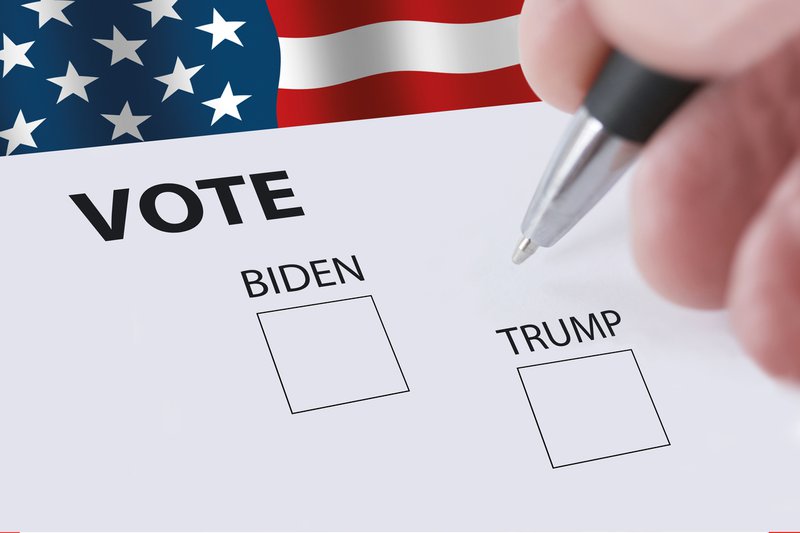 The implications of this election will reverberate through both the U.S. and global economies.

If Trump is re-elected, he seems likely to continue with the policies pursued during his first term. At root, these were designed to let the private sector, the supply side of the economy, expand as rapidly as possible—the underlying rationale being that, at the end of the day, most jobs, wealth, and innovation are generated in the private sector.

Consistent with this private-sector emphasis, in late 2017 Trump pushed through a massive tax cut, focused on corporate taxes, and he broadly slashed regulation, including on environmental and labor practices, investor protections, and financial regulation.

While the success of Trump’s efforts is open to debate, his supporters emphasize that before the virus erupted, unemployment was running at historic lows, the stock market was at all-time highs (which it has recently regained despite the virus), and economic growth was proceeding at a solid if not spectacular pace. Measures of consumer and business sentiment were running at high levels. Nevertheless, it’s also true that Trump inherited a solid economy from the Obama administration and his tax cuts triggered fiscal deficits of unprecedented magnitude for a period of sustained expansion.

The other prong of Trump’s economic policies has been his efforts to redefine U.S. economic policies abroad in terms of America First, taking a more skeptical view of trade, globalization, and economic cooperation than his predecessors.

Trump’s policies have embroiled the U.S. in a trade war with China, and the confrontation has spilled over into technology, investment, and currency disputes. Less intense tensions have sprung up at times with U.S. allies and partners, including the European Union, Canada, and Mexico.

These stresses, amplified by Trump’s unpredictable operating style, have created temporary gyrations for markets. But Trump has been careful to not push the economy or markets beyond their breaking point. The question is whether he would be as careful in a second term, when no longer contemplating reelection.

Biden’s agenda, in contrast, is based on addressing America’s problems with economic inequality. The average household in the top 1% has 1,250 times more wealth than the average household in the bottom 50%. The implications of this echo in the country’s social, political, and public-health divisions. Evidence is mounting that a rebalancing of resources from “haves” to “have-nots” could help lift aggregate demand and support stronger economic growth.

Such efforts, however, must recognize the potential trade-offs between equity and efficiency—and take pains to preserve the economy’s productive capacity. Seeking to strike this balance, Biden’s proposals call for expanded social spending, especially on education and health care, and increased investment in infrastructure, the environment, and other public goods. These programs would be financed by partially reversing Trump’s corporate tax cuts and hiking levies on high-earning households. Even so, large budget deficits would likely persist under Biden as well.

A Biden administration would also look to tighten regulation to protect the environment, consumers, workers, and investors. And antitrust policy would become more restrictive. Such action would be a conscious attempt to trade some GDP growth today for a safer, healthier, fairer, and potentially more efficient economy tomorrow.

These are important objectives, and Biden’s envisioned programs would meet real needs. But how far would such efforts actually go in reducing inequality and enhancing opportunity? Alternatively, to what extent would higher taxes, increased government spending, and tighter regulation constrain the vitality of the private sector or have other unintended consequences? These remain open—but important—questions.

On the global scene, Biden’s economic policies would be more conventional than Trump’s, with an emphasis on working with allies around the world. This would be particularly true in his approach to China. Many countries share U.S. concerns about Chinese policies, and Biden would seek to build a coalition to pressure Chinese leader Xi Jinping . More generally, he would be comfortable with the U.S. acting as a leader on international economic issues, and he would seek to cooperate in multilateral bodies like the World Bank, International Monetary Fund, United Nations, and World Health Organization.

To date, the markets have successfully absorbed the uncertainties associated with the election—seeing much to like and much to worry about in the economic policies of both candidates. On balance, market participants have welcomed Trump’s efforts to cut taxes, but they also wouldn’t mourn his unpredictable style and incessant trade wars.

The implications of the decision in November will not only determine the trajectory of U.S. economic policy over the next four years, they will also be felt far beyond the country’s shores.