In a year of serial crises, solace for many people has come from an unlikely source: the stock market.

Despite periodic jitters and a horrendous downturn earlier in the year, the stock market has been a surprisingly sturdy refuge. Although there is heartbreak almost everywhere else you look, most of the time stocks rise anyway. 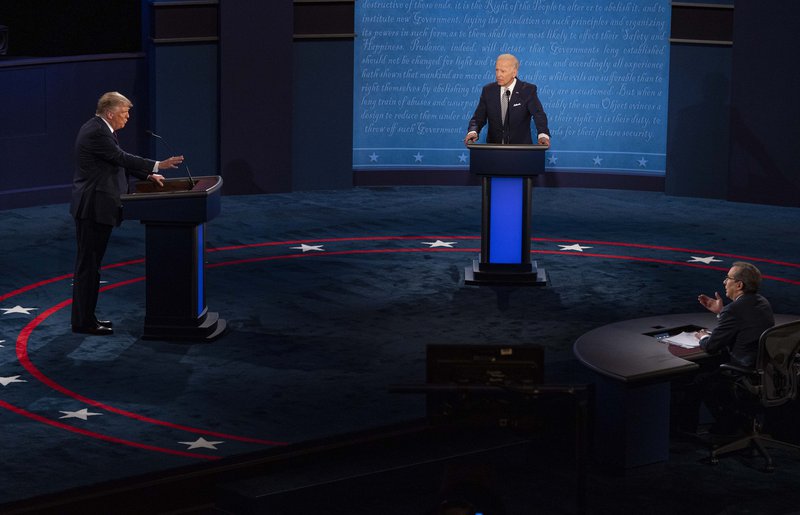 Through Friday October 16, the S&P 500, a bench mark for the shares of big American companies, was up almost 8% this year. And this stock market prosperity in a time of general desperation isn’t an outlier. With important exceptions, the stock market has generated rich returns for decades, regardless of the outcome of portentous events, including presidential elections.

Since 1929 through 2019, the S&P 500 and its predecessor indexes generated annualized returns of 10.3%, according to data supplied by Dimensional Fund Advisors, an asset management firm.

There were terrible stretches in world history during that long period, and some calamitous stock returns. The volatility of the stock market is a key reason for holding high-quality bonds: Bonds can buffer the gut-wrenching shifts in stocks.

But it is hard to pin either the market’s losses or gains explicitly on the policies or management of presidential administrations, or on voter expectations.

Presidents are powerful, but they don’t control the market. Was Barack Obama responsible for the fabulous 16% annualized market returns during his eight years in office? Was Donald Trump responsible for the 14.5% annualized returns for his presidency through January (according to Bloomberg data) — or for the 33% downturn in February and March, or for the subsequent bull market run? You can argue this any way you like. I think the most intelligent answer is: yes, to some extent, but certainly not entirely. With all the factors affecting the staggeringly complex markets and the overall economy, presidencies don’t matter as much as they may seem in campaign season.

Given that complexity, it is impossible to consistently predict political or market outcomes with certainty. Yet it is possible to forecast the long-term trend of the stock market with a fair amount of confidence, in the view of David Booth, a founder of Dimensional Fund Advisors. “We know that for the last 100 years, investors have had a reasonable return from the stock market of about 10% a year. That includes big declines and terrible events — the Great Depression, World War II, etc. — yet they have found a way to adapt. And I think they still will.”

Consider the current dim state of the world and the comparative glow of the markets.

Millions of people are sick and dying, with more than 217,000 dead in the United States alone. Aside from the lethal pandemic, the battered economy, the fraying social fabric and the incendiary presidential election, this country is facing a battle over the shifting composition of the Supreme Court as well as struggles for racial and gender equality, a destabilized international order and the increasingly obvious consequences of global warming. In my imagination — if not yours — on bad days, the world seems to be coming to an end.

Yet the outlook has been very different for stock investors. Those lucky enough to own a well-diversified bundle of stocks and strong enough to hold on to it will have found that their financial statements are in indecently good shape.

Stocks have been magnificent since the Federal Reserve intervened and stopped the market rout March 23; the S&P 500, which you can own in a low-cost index fund, has since gained more than 50%. A core debate now is what effect the American election will have on the market.

There are many erudite answers, for the overall market and for specific sectors, and they are worth studying if you work in one of those sectors, or if your life or the lives of your loved ones are affected by the giant corporations whose shares are traded in the stock market.

But in forecasting the performance of the entire stock market, I am increasingly skeptical about the real worth of most analyses of the probable market impact of elections.

For one thing, market prices — which incorporate prevailing assessments of election probabilities — are fickle. Would a Biden or a Trump presidency be better for stocks? I can easily argue either case. And the stock market appears to be playing it both ways as well.

For instance, the consensus on Wall Street is that corporate taxes are likely to rise if former Vice President Joe Biden wins the election, which would presumably be bad for stocks. Furthermore, Biden would probably tighten federal regulations on auto emissions and the environment — good news if, say, you have asthma and care deeply about the air you breathe or the warming of the planet, but probably bad if you own shares in Exxon Mobil.

Biden would also be expected to move for greater investor protections and tighter control over the financial services companies that have been given a freer rein in the Trump administration. On the other hand, if Trump wins reelection, he could be expected to move further in liberating corporations and wealthy investors from heavy tax and regulatory burdens.

So far, based on these factors, it might seem that a Trump victory would be preferable for most investors. Yet, as I’ve pointed out, a solid BofA Global Research report came to the opposite conclusion.

Biden, these analysts said, would probably boost the economy by improving public health through a more rigorous and scientific approach to the pandemic, increase American trade and engage in infrastructure spending that would give the economy a chance to expand.

What’s more, even when it seems apparent that a president’s policies would produce stock market riches for specific companies, it often doesn’t work out that way. For example, Trump’s environmental policies have been favorable to Exxon Mobil, yet that company’s stock has been one of the worst performers this year. Through September, its 48.1% decline, on its own, subtracted 9.6% from the return of the entire S&P 500 index, according to Howard Silverblatt, senior index analyst for S&P Dow Jones Indices. On the other hand, Amazon, which Trump has tried repeatedly to punish, gained 70.4% through September, and accounted for 47.2% of the S&P 500’s gain through September.

In short, the law of unintended consequences is as powerful as any political party.

I don’t know which candidate would be better for the stock market as a whole or even for specific stocks.

Instead, I share the radically agnostic view of Booth. “Vote with your ballot, not your life savings,” he said, adding that markets are far too complex to make judgments based on elections. As I’ve noted, the market has done better under Democrats, not Republicans, although I doubt that those results are statistically relevant. The more important point is that stock markets have risen and fallen under both Democratic and Republican presidents — and more often than not, they’ve risen.

Capital ultimately finds a way to make profits. That is great for investors but by no means an unmitigated boon for everyone else. To the contrary. As Thomas Piketty pointed out in his landmark book, “Capital in the Twenty-First Century,” the stock market is a channel through which wealth discrepancies widen.

Still, by holding broad, low-cost index funds for very long periods, it’s possible for people of relatively modest wealth to prosper financially, despite the madness in the world and regardless of the results of presidential elections.