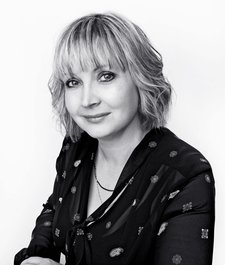 Such is our economic predicament that it’s a victory to find a debt indicator where the numbers are stable and not getting worse.

The indicator in question is student debt. The average amount owed at graduation by university undergrads who borrowed is no small burden at an average $27,000 in recent years, particularly with interest rates rising. But on an after-inflation basis, that’s pretty much the same amount as in 2012.

In the broader economy, we’re at risk of choking on debt. Borrowing is once again on an upswing after a pandemic lull, and interest rates on many types of borrowing keep grinding higher. This will not end well, especially if a recession emerges out of the economic slowdown being engineered by the Bank of Canada to slow inflation.

The quiet quitting trend – doing the bare minimum at work – suggests young adults are unhappy about what’s happening in the economy, even with an unusually tight job market where wage increases and improved benefits are available. But the stability of student debt levels suggests young people are less exposed than many to our growing debt problem.

About half of undergrads finish their programs with some sort of debt, says Alex Usher, president at Higher Education Strategy Associates, a consulting firm in the university and college world. What’s kept this debt from ballooning along with most other borrowing is support from the federal and provincial governments.

“First of all, the dollar amount of grants has tripled in the last eight years – it’s gone from about $1.5-billion to about $5-billion a year,” Mr. Usher said. “That’s pretty substantial. It’s something big that goes towards affordability.”

Mr. Usher said governments have also made it easier for students to borrow and work at the same time. Previously, money lent to students was clawed back if they had work income.

Students are very far from immune to today’s economic trials. The soaring cost of rent is a big problem for those living off-campus, as is the high cost of food. But the affordability of a postsecondary education is nowhere near as problematic as in the United States, where students at private universities may graduate with six-figure debts. U.S. students will soon be able to start applying for debt relief of as much as US$20,000.

A report from Mr. Usher’s company called The State of Postsecondary Education in Canada 2022 shows that the inflation-adjusted average undergraduate tuition has fallen to just below $8,000 annually from nearly $9,000 before the pandemic. A lot of that decrease can be explained by the Ontario government’s move to cut postsecondary tuition by 10 per cent in 2019-20 and then freeze it.

“Your cost may vary by province,” Mr. Usher said. “But nationally, tuition is no more expensive than 10 years ago.”

The quiet success of registered education savings plans has also helped students keep borrowing in line. Mr. Usher said roughly 45 per cent of university students annually cash in some Canada Education Savings Grant money, which is only available through RESPs. This federal grant tops out at $500 a year, or 20 per cent of the first $2,500 contributed to an RESP, with a lifetime maximum of $7,200 per student. Children of low- or middle-income families may qualify for additional grant money.

Looking ahead, a tight job market may help keep student debt levels stable. Mr. Usher said a strong demand for workers makes it enticing for students to generate income while working on a degree. Postsecondary schools will be under pressure to accommodate this desire to balance work and education with shorter degrees and more flexible timetables, he added.

Mr. Usher sees the current demand for workers lasting a while because our population skews to older workers who are close to or entering retirement. But he also said a postsecondary education in Canada is worth the cost. “I don’t think there’s any evidence that over a lifetime, higher education doesn’t pay off for the vast majority of people.”