Social Security’s 8.7% COLA Increase: What It Means for Your Benefits 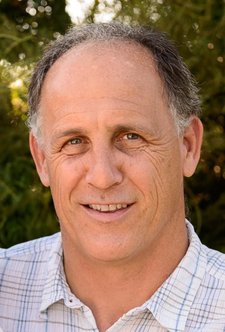 Millions of older Americans whose budgets have been squeezed by inflation will get a raise of sorts next year when Social Security benefits are raised 8.7%. The boost in monthly benefits, known as the COLA, is the highest in four decades.

What is a Social Security cost-of-living increase?

The Social Security Administration has adjusted benefits payments annually for inflation since 1975 to ensure the approximately 70 million retirees and disabled people who receive Social Security won’t see their benefits eroded by inflation.

The amount of each year’s increase is based on the Consumer Price Index for Urban Wage Earners and Clerical Workers. The Social Security Administration compares the average inflation figures for July, August and September to the index’s average level over the same period a year earlier.

How much will the COLA rise next year?

Checks will increase 8.7% in 2023, according to the Social Security Administration.

How does this coming COLA compare with recent years?

Why is the COLA increase expected to be so high in 2023?

The COLA is based on the rate of inflation, which has run unusually high this year.

Next year’s COLA will be the highest since 1981 when Social Security benefits rose 11.2% during another period of high inflation.

The highest cost-of-living increase on record since the program began automatic increases in 1975 was 14.3% in 1980.

Is the COLA guaranteed to keep up with 2023 inflation?

No. This year’s 5.9% COLA failed to keep pace with inflation. Still, over time, the COLA is designed to adjust benefits to rising prices in the Consumer Price Index for Urban Wage Earners and Clerical Workers.

Will I miss out on the high 2023 COLA if I delay claiming my Social Security benefits?

Retirees can start Social Security benefits any time between ages 62 and 70. For every month in which a person delays claiming, his or her Social Security payment increases.

Benefits are also adjusted annually to reflect increases in inflation. Cost-of-living increases start at age 62, whether you claim benefits then or delay. They continue for as long as you live.

What will my 2023 monthly Social Security payments be?

When will I see an increase in my check?

The increased payments begin in January.

Will I lose some of my COLA increase to higher Medicare premiums?

The standard monthly Part B premium, which covers doctor visits and other forms of outpatient care, will decline by $5.20, from $170.10 this year to $164.90 in 2023. Most Medicare recipients deduct those premiums from their monthly Social Security checks, so the falling premium allows them to keep the entire COLA—plus the premium savings.

Next year’s COLA increase is likely to hasten the date of insolvency for the Social Security trust fund, according to the nonprofit Committee for a Responsible Federal Budget, which predicts that insolvency will occur in 2034, a year earlier than it previously forecast. At that time, Social Security income would be sufficient to pay about 80% of scheduled benefits.

“The COLA will be a big expense,” Maya MacGuineas, president of the organization, said in August.

Write to Anne Tergesen at anne.tergesen@wsj.com