The U.S. is, technically, in a recession. What does that mean for us? 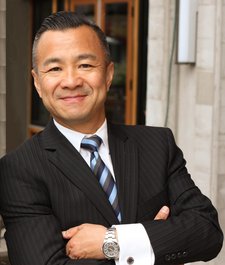 It’s technically official. As of this week, the U.S. is in recession.

But that shouldn’t be cause for alarm.

Worrisome recessions extend beyond two quarters. And while consumer spending in Canada and the U.S. shows signs of slipping, it remains robust. And both countries are at full employment.

While Canada usually follows the U.S. into recession, its economy is buffered by excess household savings; a weak currency that supports export revenues; and commodities including energy products that, while dropping in price in recent months, remain significantly elevated from pandemic levels.

Canada reported modest though positive GDP growth in the first quarter, and growth is expected to be positive for 2022 as a whole. The next GDP figures, for May, will be reported July 29.

Meanwhile, the negative 0.9 per cent U.S. GDP growth reported this week is actually an improvement over negative 1.6 per cent GDP growth in the first quarter.

That points to a sluggish North American economy well into next year, but not a severe downturn as we experienced in the Great Recession or the pandemic recession.

We should, in fact, be entering a virtuous cycle in which as economic growth slows, the inflation rate comes down.

An economic slowdown was to be expected from the time the Bank of Canada (BoC), in March, began its most aggressive rate-hiking campaign in decades.

With its shock and awe series of supersized interest rate jumps, the BoC this year has raised its key lending rate to 2.5 per cent from 0.25 per cent.

That has been a blow to economic growth, a 10-fold increase in borrowing costs in just a few months’ time.

The U.S. Federal Reserve Board has taken the same approach with its rate-hiking regime.

And the central banks aren’t done yet. The BoC and the Fed have vowed to keep raising rates until they have thoroughly subdued inflation.

Call it a technical or actual recession, the economy is slowing. And that accounts for the current slump in financial and commodities markets.

Higher interest rates have already tamed house-price inflation in the GTA and other North American cities.

And the recession fears triggered by the relentless interest-rate increases have forced deep cuts in commodities prices.

Prices for wheat, corn, crude oil, nickel, copper, lumber and other basic commodities have tumbled by 20 per cent to 60 per cent from their peaks earlier this year.

The U.S. GDP numbers this week confirm widespread reports that American consumers, who comprise most of the U.S. economy, have begun to balk at high prices.

Business is trimming its sails, as well. It is, of necessity, helping ease inflationary pressures by postponing planned expansion.

Canada and the U.S. remain at full employment for now. But the job market, whose tightness has contributed to inflation, is expected to slacken next year.

Those are encouraging signs that monetary authorities can succeed in their goal of guiding overheated North American economies to a so-called “soft landing.” That is, a mild downturn rather than a severe recession.

The same critics who accuse the central banks of “engineering” a recession by jacking up interest rates will be heard from now warning that the additional rate hikes to come will push us into a major downturn.

Alas, those critics have yet to offer an alternative course of action that shows more promise in eradicating inflation without slowing economic growth.

And worst-case scenarios are unlikely to be realized. The BoC and the Fed are committed to making their future hikes less frequent, and ultimately to reducing them, provided inflation numbers come down.

Which gets back to the virtuous cycle. On both sides of the border, lower inflation means lower interest rates. And an eventual resumption of normal rates of GDP growth.

Nothing here is meant to deny the twin hardships that Canadians are enduring from painfully high inflation and steep borrowing costs.

It is only to suggest that the economic world is unfolding about as best as we could hope for under very trying circumstances.

Be well and stay safe.