Your Brain Doesn't Want You to Succeed, But 'Healed Hustle' Can Get You Unstuck 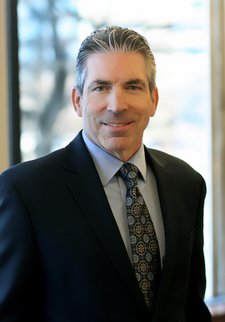 Real talk: Your brain actually does not want you to be successful.

Despite all the mindset work you are currently doing, your brain isn't actually on your side.

I know you think your brain really wants money, success and fulfillment, but your brain only wants one thing, which is to keep you safe.

Safe does not mean happy or wealthy. Safe, to your brain, only means "not changing."

If this is the first time you're hearing this, you're likely thinking, "No way! My brain is the one pushing me to do all these things in the first place."

Not quite. What's actually happening between you and your brain is a standoff. You believe you two are doing "all you can," but you're likely doing one of two things: "procrastihealing" or "procrastihustling," and maybe both.

"Procrastihealing" is the expectation that you will miraculously fix all the things that are wrong with you and tap your way into running a successful business.

Maybe you're still trying to figure out how that one thing your parents did when you were eight is keeping you from launching your program. Or you're waiting to magically wake up with the confidence needed to take your dreams by storm.

In the meantime, the space between where you are and where you want to be grows wider and wider ... and you feel worse and worse.

"Procrastihustling" is the idea that you will eventually do enough things with enough stress and anxiety that you will stumble your way into running a successful business.

Create a new program! Sign up for a new course! Learn how to run Facebook ads! Turn them off when they don't work! Write lots of content! Stay glued to your desk in case you remember what you're supposed to be doing!

Where is this all leading? You don't know! But in the meantime, you're too busy to think about that, and it feels glorious! Selling is scary, but hustle feels so, so good.

Maybe it's even a little of both. You spend half your time talking to your therapist and meditating, and the other half in a deep state of panic over all the things you aren't getting done while also doing a million things.

It's really the fear of not being enough

Both procrastihealing and procrastihustling stem from a false belief that you are inherently flawed ... too flawed to be successful.

Too traumatized. Too much baggage. Too lazy. Too disorganized.

Your brain is protecting you from disappointment. It worries you might fail and prove you're not enough.

Your brain is wrong, but your brain doesn't know that.

It's your job to tell it so.

Your subconscious mind is to blame

The reason mindset work and affirmations don't work for this is that the screwy neural pathways that lead here reside in your subconscious mind. Your subconscious mind is in charge of 97% of your actions, yet you have little to no communication with it.

Your subconscious was fully formed by the time you were about eight years old, which means that it's mostly made up of a bunch of misunderstandings and half-truths.

Your success is basically in the hands of an 8-year-old (and that’s being generous — it could be a 5-year-old or 2-year-old).

When something is keeping you stuck in your business, look no further than your subconscious. It holds the answers for you.

The situation is most likely triggering an existing belief that came from a microtrauma you endured in childhood.

Ask yourself, what belief about yourself does it trigger?

That you're never good enough because you always came home with an A instead of an A+?

Sit in this space for too long, and you end up procrastihealing. Avoid the space enough, and you'll find yourself procrastihustling.

Instead, you need what I call the "healed hustle." It’s a very simple system of healing that creates a cycle of action and competency that sets you up for success.

Start with a goal — the simpler the better. Maybe it's selling a new program. Not sure where to start? Just decide. Don't let procrastihustle trick you into thinking you need to do it all at once.

Then isolate the smallest step you need to take action on: in this case, creating it and then telling people about it. Tune into any resistance you feel as you attempt to take action. Where is it coming from? Once you figure that out, remind yourself that you don't have to think that anymore, and let it go.

Go tell people about what you do. Then go tell them again. Reflect on why you’re not telling as many people as you could be (we never do) even though you think you are.

What you’ll find is that online entrepreneurship is scary, and that’s okay. There’s nothing wrong with the way you feel. It’s just fear, and the more you accept that, process it and then just do it anyway, the faster you will achieve success.

Success is easy once your subconscious is on board

Every step of the way, your mind resists you.

It tells you to keep quiet. That you're annoying people. That you're too loud or the opposite: that you're invisible and no one will ever pay attention to you anyway.

But it doesn't have to be that way. You don't need to be perfect; you just need to do enough of the right things.

Don’t assume your brain can be trusted to steer you in the right direction. Your subconscious mind is trying to keep you safe. It’s up to you to convince yourself that it’s safe to grow and change.