We start the new year on a high note for the stock market. The big question: Will it be as good as 2017’s showing? John Maloney, chief executive of M&R Capital Management, explains why it will be fine, though not as dazzling:

The superlatives surrounding the stock market’s performance last year are fresh in our ears. And 2018 sounds like it will be pretty good, too. The Standard & Poor’s 500, the most-often-used market benchmark, had a total return (price appreciation plus dividends) of 21.8% in 2017 and thus far this year is up 7.6%. The economic fundamentals for the year ahead look good, particularly for earnings projections, the primary driver for equities. 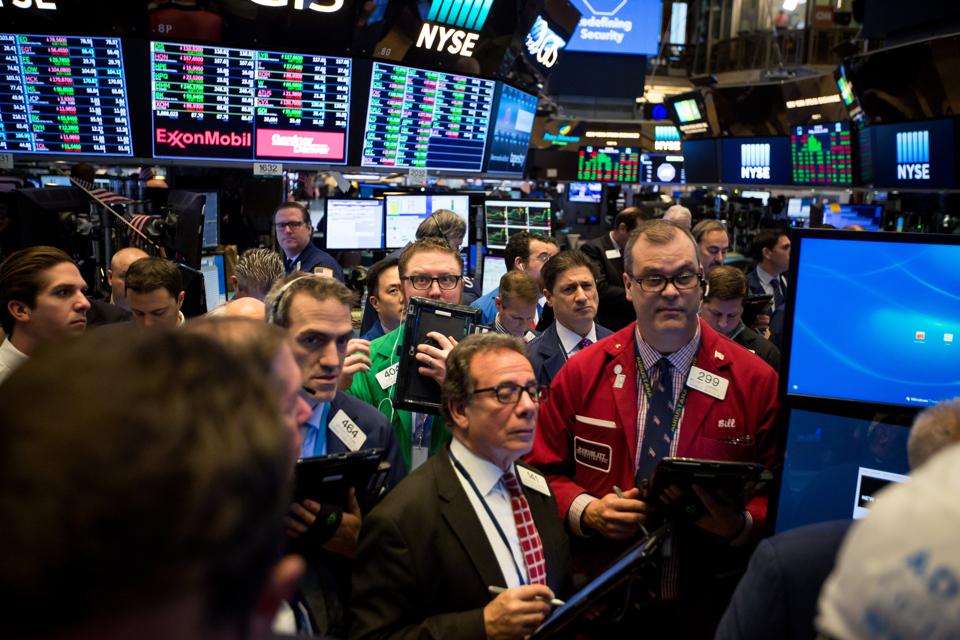 But that doesn’t mean we can expect as stellar a year as 2017. Consider the two superb market years we’ve had since the financial crisis (which were even better than 2017). Both were followed by good years, just not as good.

Of course, market psychology is a tricky thing. There’s no way of knowing whether something we don’t expect, or believe is too far-fetched to happen, will roil the market.

Last year’s excellent showing benefited from rising corporate earnings and a rare synchrony where major economic powers around the globe did well. Europe, not that long ago mired in a sovereign debt crisis, showed decent GDP growth of 2.2% last year. Even long-laggard Japan had good news, posting a 1.4% advance. At the moment, those pleasant conditions appear to be continuing with no signs of abating. Still, something could go wrong to take the shine off the rally.

Let’s examine the major factors that could affect market performance for the rest of 2018:

Economic growth. U.S. gross domestic product for last year’s fourth quarter, reported last week, grew at a 2.6% annual rate. That didn’t match the showing for the second and third periods, which were north of 3%, and fell short of the economists’ consensus of 2.9%. President Donald Trump is targeting GDP growth better than 3% and as high as 4%.

Nonetheless, the 2017 performance marks an improvement from the 2% average that’s prevailed since the end of the recession. The Conference Board projects that growth will be 2.9% this year, partly due to the recently passed tax cuts. Unemployment is low, job gains are solid, consumer spending is decent and consumer confidence keeps rising.

Previous worries, which held stocks back during the recovery, have faded: a feared economic slowdown in China, the debt problems of southern European nations like Greece and the oil-price bust.

Up ahead, however, loom problems like Britain’s pending departure from the European Union. How Brexit could scotch international trading rules, especially for finance, concerns many in Europe. Then comes the possibility of war in Korea, over the North’s drive for nuclear weapons. And with negotiations over the North American Free Trade Agreement up in the air and new U.S. tariffs imposed on Asian solar panels and washing machines, concerns also are mounting on the likelihood of a trade war.

Interest rates. Mostly a benign situation. Short rates are coming off lows of near-zero, a low level the Federal Reserve engineered to make lending easier to stimulate the economy. Since late 2015, the Fed has raised its federal funds rate, which influences short-term rates, five times, to a range between 1.25% and 1.5%. The central bank expects to hike three more times in 2018, a gradual approach returning them to a more normal level. Before the financial crisis, the fed funds rate was right below 5%.

The Fed’s thinking is that they want the flexibility to push down rates again if a new economic downturn appears – and thus the central bank needs to have them back at a more normal level. At the same time, it doesn’t want to choke off the economic expansion. At the beginning of the current program of rate increases, the caution-minded Fed raised only once in 2015 and once in 20

Meanwhile, longer-term rates are mostly staying on the low side, in historical terms. The benchmark 10-year Treasury note is nudging up lately, to over 2.6%, after hitting as low as 1.4% in mid-2016. Should short-term rates exceed long-term ones, that’s an inverted yield curve, usually a sign of an impending economic dip. Yet while the distance between short and long, known as the spread, is tighter, no one thinks an inverted situation is in the offing.

The worry is that the Fed overreacts to an inflation uptick and the recovery is thwarted. The Fed, under a new chair, Jerome Powell, shows no inclination of going that route.

Valuations. The old phrase is: “Trees don’t grow to the sky.” The S&P’s forward price/earnings ratio of around 17 is high – the average is about 15 – but not worrisome. Although the day may dawn that investors back off of stock buying, right now they are happily pushing prices upward.

A big part of that is the appeal of tech stocks, particularly the FAANG names – Facebook, Amazon, etc. Their growing grip on the market isn’t about to cease anytime soon. While we see no sign yet of their dominance receding, we would expect more traditional value stocks to participate as economic growth and higher interest rates propel them higher.

The old saw holds that: as January goes, so goes the rest of the year. According to the Stock Trader’s Almanac, since 1950, the January effect has been wrong only nine times (one of them was 1987, when the market suffered an epic crash in October).

Corporate earnings. Earnings season is off to a fine start. With only a quarter of companies reporting their fourth quarter 2017 results, S&P profits are expanding at 12%, a nice pace. The analysts’ forecast for 2018, according to FactSet research, is 16.3%, marking an acceleration of profits in Corporate America.

Earnings are the big test when it comes to stock performance. It’s hard to have a correction or bear market if earnings are headed upward. Helping out is the tax-cut package that Congress just approved. It will attract corporate cash held overseas back to the U.S. Also, lower corporate tax rates – falling to 21% this year from 35% — will fatten bottom lines. Many companies intend to buy back stock, which has the effect of boosting earnings per share (spreading earnings over fewer shares has that result).

So taken as a whole, this should bring us fine returns in the stock market this year. Exceeding 2017 will be tough, but few should end up complaining.

This article was written by Larry Light from Forbes and was legally licensed by AdvisorStream through the NewsCred publisher network.