Finding the Right Path in an Up-and-Down Market

The bear market came and went in a hurry as the pandemic took hold, replaced by a bull market that has looked increasingly fragile.

Stock indexes surpassed their prepandemic highs during an eventful third quarter. But they were carried aloft by spectacular gains in a handful of huge technology companies, while returns for the rest of the market were so-so.

Some portfolio managers and strategists are bypassing the tech giants and looking for opportunities in market segments that have yet to ascend appreciably: smaller companies; so-called value stocks that move in concert with the economic cycle; and foreign countries. 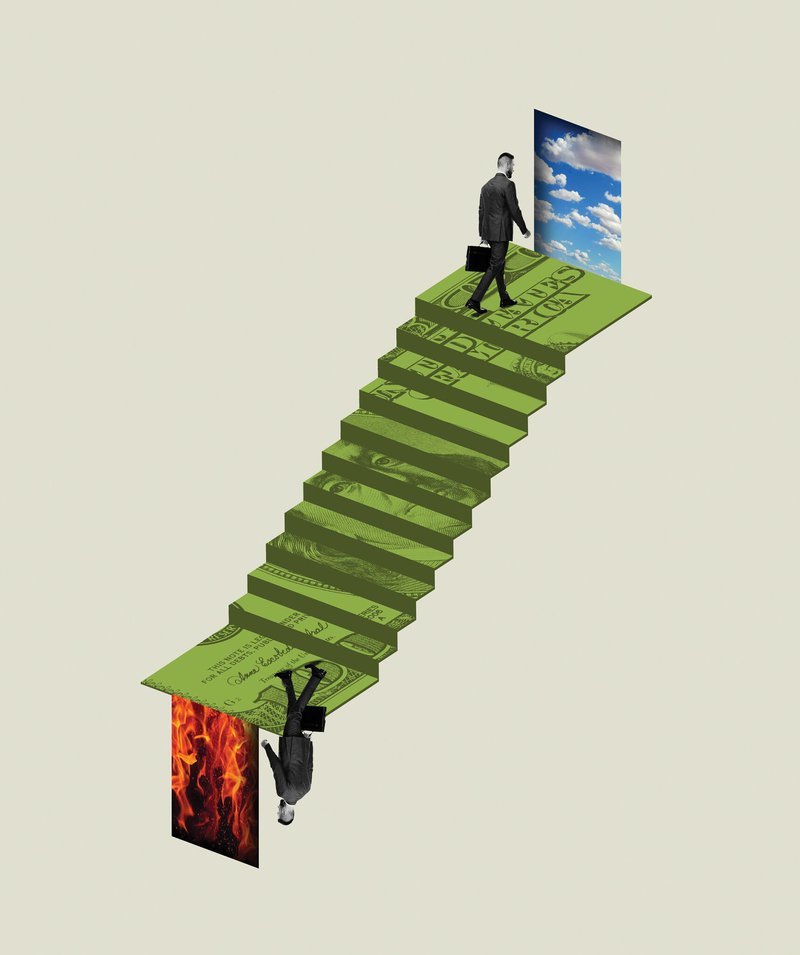 “Some highflying stocks are likely to get hit, and hit badly,” said Komal Sri-Kumar, president of Sri-Kumar Global Strategies. “If you want to get your toes wet, look at the value stocks that have underperformed so far in this cycle, the stocks in the broader index that did not go up as much.”

The decline that began in September seemed both to make perfect sense, given the fraught economic and political backdrop, and to have come out of nowhere. The S&P 500, which rose 8.5% in the third quarter, continually reached new highs during the summer, and so did the tech-heavy Nasdaq Composite Index, but the rally was growing more narrow.

There were several trading days when the indexes showed strong gains while more stocks fell than rose. That can happen because stocks in indexes like the S&P 500 are assigned weightings based on their market values, and if a large stock like Apple or Amazon rises, it can lift the whole index even if many others fall.

One troubling detail, noted by Ron Temple, managing director of Lazard Asset Management, is that the Nasdaq was up more than 20% for the year in late September, but the median stock in the index — the one that did better than half of the index components and worse than the other half — was down 11%.

The broad weakness — and the narrow strength in tech and other growth stocks, the name given to companies that display resilient earnings in a tepid economy — hints at an uncomfortable truth for bulls. For all the talk of a V-shaped economic rebound, many indicators that have snapped back since the plunge last spring remain well below where they started the year.

The unemployment rate, 7.9% in September, is more than twice the level when the year began, and new claims for unemployment insurance continue at 800,000-plus every week, four times the prepandemic rate. Add it all up and there are 11 million fewer Americans working than before the pandemic.

The inability of bond yields and other interest rates to climb from historically low levels also reveals skepticism about a sustained recovery, and the Federal Reserve has made clear, through its actions and words, that the economy is in a fragile state. Beyond reducing its main interest rate to 0% and adding about $3 trillion to its balance sheet this year through purchases of assets that include exchange-traded funds holding high-yield debt, the Fed said in late August that it would allow inflation to run above its 2% target rate for some time before tightening conditions.

That may be an exaggeration, but the uncertain course of the pandemic — displayed this month when the White House announced that President Donald Trump had tested positive for the coronavirus — is one reason for the subdued outlook. Another is dysfunction in Washington.

Discord between congressional Democrats and Republicans has prevented the passage of a follow-up to the multitrillion-dollar stimulus package enacted soon after the pandemic took hold. On Tuesday, Trump ordered White House negotiators to suspend talks with Democrats until after the election, suggesting that no deal would be reached soon, although he seemed to backtrack a bit on Twitter. The Fed has hinted in various statements that it has done much of what it can and that a further fiscal response is needed to support the economy.

“From here, the sledding is going to get a lot tougher for a range of reasons,” said Mike Pyle, global chief investment strategist for BlackRock. “A new fiscal stimulus deal is increasingly unlikely until November, and we’re still in a place in the labor market that’s consistent with a very severe recession.”

Goldman Sachs is advising clients not to hold their breath. The investment bank said last month that additional stimulus is unlikely this year and that it was cutting its forecast for fourth-quarter economic growth to a 3% annual rate from 6%.

But with the consensus so clear that growth will remain sluggish, advocates of economically sensitive stocks, known as cyclicals, contend that the discrepancy in returns and valuations between those securities and growth stocks more than accounts for the current economic weakness and a lot of expected weakness in the future.

And if a persistent recovery does begin, growth stocks will no longer be the only game in town. Accelerated earnings growth in cyclical industries could make earnings in the current hot market niches seem pedestrian by comparison, making the valuation discrepancy in favor of cyclicals even more pronounced.

James Paulsen, chief investment strategist at the Leuthold Group, said cyclicals have a long history of outperforming in the early part of a recovery, and in a note to investors, he made a case that one is approaching.

“Consequently, the most economically sensitive companies (which comprise the bulk of the broader stock market) may currently be positioned with the greatest upside profit leverage of the postwar era, just ahead of a pending 2021 economic boom,” Paulsen wrote.

Paolini expects this recession, and the market’s reaction to it, to play out much as past recessions did.

“Growth is pretty much like in the previous cycle,” he said. “The difference is we’re starting the cycle from much higher valuations,” especially for tech stocks.

“Even if you like tech as a sector, this recession has been incredibly tech friendly,” he said. “It’s difficult to continue at this level.”

Paolini also pointed out that market leadership always changes from one bull run to the next.

Tech was a robust performer for stock fund investors in the third quarter. The average portfolio that concentrates on the area rose 11.5%, according to Morningstar. Funds that focus on consumer cyclicals and energy also had double-digit gains.

The tendency for market leadership to change may be a reason to lighten up on tech but not necessarily to buy cyclicals. Paolini would consider buying cyclicals when the economy is able to grow without government intervention and bond yields start rising, developments for which a coronavirus vaccine might be a catalyst, he said.

His observation about bull market leadership works geographically, too. The region with the best returns tends to lag in the next advance, so he expects U.S. stocks to underperform over the next five years, with Europe and emerging markets the new leaders. As for bonds, with yields so low, “it will be impossible to make money over five years” in many markets, he said.

They “tend to be fairly cyclical, and we expect cyclicality to have room for performance,” Pyle said. The region “has more potential upside and more resilience to the downside.”

Pyle acknowledged that a shift into cyclicals or other out-of-favor areas is no sure thing. If gridlock in Washington continues, for instance, “quality stocks like tech are going to continue to be a tried-and-true theme,” he said, while unified Democratic control would encourage a rotation into market segments like smaller companies. “We’re on an important knife edge economically,” he added.

Some investors put off by the high prices of the technology giants are looking for smaller tech stocks that are cheaper and have more room to grow.

“If everybody’s pointing at something, it’s pretty hard to make outstanding returns,” said Kevin Landis, chief investment officer for Firsthand Funds, which runs portfolios of publicly and privately traded tech stocks. “I’m trying to think of the last time it was easy to make money buying the obvious thing.”

He has been buying stocks like Roku, a distributor of streaming entertainment that is a less obvious alternative to Netflix and, like Netflix, has had its growth accelerated by the pandemic.

Another portfolio holding that has been helped by the pandemic is Chegg, a provider of online education services and textbooks, which Landis expects to benefit from a new emphasis on “student empowerment.”

“The reinvention of education is in its infancy,” he said. “These people are in front of that.”

Other fund managers are seeking stocks that encompass features of what’s hot and what’s out of fashion. Temple at Lazard, who is one of the lead managers on the Vanguard Windsor II fund, likes companies for which technology is a crucial element but that operate in industries where performance has been subdued, such as energy, financial services and health care.

“We’ve seen some of the air come out of the balloon for tech stocks, and that’s encouraging,” Temple said. “We want to make sure we have balance in the portfolio and not put all our chips on black.”

Sri-Kumar also encouraged balance through a barbell approach to building a long-term portfolio. He would own cyclical companies in case economic growth picks up, and long-term Treasury bonds in case it doesn’t.

The upside could be significant from around the middle of next year if growth picks up and “whoever is president decides to remove some of the stimulus measures and the Fed cuts back on its balance sheet,” he said. “Then you’re talking about cyclicals starting to outperform.”