Nobel Prize–Winning Economist on How to Solve the ‘Nastiest, Hardest Problem’ in Retirement

Nobel Prize-winning economist William Sharpe has spent most of his career thinking about risk. He’s behind the Capital Asset Pricing Model for gauging systemic risk and the eponymous Sharpe ratio, which captures risk-adjusted return.

A few decades ago, Sharpe turned his attention to what may be the biggest risk of all for most Americans—running out of money in retirement. The professor of finance, emeritus, at Stanford University’s Graduate School of Business created a computer program that eventually covered 100,000 retirement-income scenarios based on different combinations of life spans and investment returns for a retired couple. Sharpe has made this program available in a free ebook, Retirement Income Scenario Matrices.

Of course, it’s one thing to understand all of the possibilities and another to plan for them. The most difficult problem in finance, says Sharpe, is knowing how to strike a balance between having enough income to meet your current needs (and wants, assuming you’ve saved enough) and having enough to get you through your lifetime. 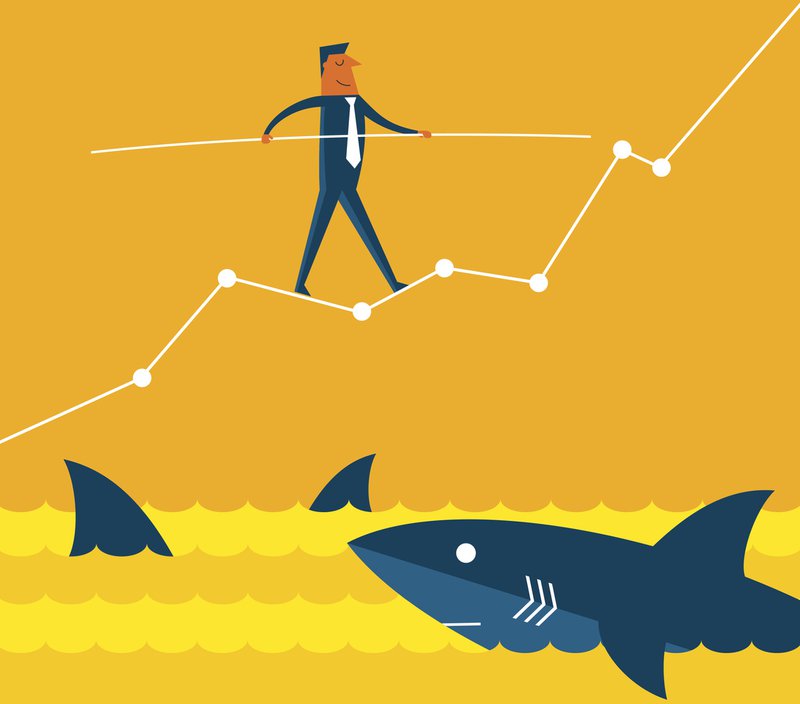 Sharpe acknowledges that there’s no easy answer, though he has a few ideas for how retirees can better manage this risk. Barron’s recently spoke with Sharpe about what he has called the “nastiest, hardest problem in finance.”

Barron’s: How do you describe yourself?

Bill Sharpe: Well, I’m 85, so that gives you some information. I would call myself semi-retired. Living in a small community [Carmel, Calif.] and given my background, I’m on a lot of boards and investment committees for nonprofits and community organizations in the area.

What inspired you to take on the topic of retirement income at this point in your career?

You raised two issues. Why did I do all that work when I don’t have to and nobody paid me, and, given that I was going to do work, why that? Over the course of my career, I have always been interested in individual investors. My earlier work focused on helping people accumulate money.

A natural progression, especially given my own demographic, was to try to help people—middle-class people—figure out what to do when they retire.

Why is creating sustainable retirement income such a hard problem?

You’ve got two big sources of uncertainty, and you can diminish one but not the other. If you invest your money in almost anything except an annuity with cost-of-living adjustments, you’re going to be subject to two kinds of uncertainty—investment uncertainty and mortality uncertainty.

When I’ve asked investment-advisor friends, “What do you do about longevity?” they often say, “We assume people will live to be 100.” That seems kind of crude.

You ran 100,000 different scenarios for your retirement-income ebook. Why so many?

Imagine you have a table with two columns, one for your life span and one for your partner. There may be 30 rows, one for each year before you die. Already, you’ve got 900 combinations, and we haven’t even talked about the various things your investments might do.

So, there are lots and lots of possible future scenarios. You can cut down the investment uncertainty by just basically having Social Security…and an inflation-indexed-based annuity. But, even then, you’ve got to make choices about whether it will be a joint annuity, for how much, and when you’ll buy it. It’s a tough, tough, tough problem.

Is this something people can do on their own?

I don’t think so. Maybe if you were a physicist, but most people have a really hard time internalizing uncertainty.

What’s the answer, then?

When you retire and make your initial decision on buying annuities, investing, and adopting some sort of spending plan, I would think that it would make sense to sit down at least once, at the outset, with a financial advisor. I don’t necessarily advocate paying 1% of your assets to an advisor indefinitely.

You mentioned your interest in helping the middle class, but those individuals often don’t work with advisors. Should employers take a more active role in helping manage retirement income?

I would love to see that. I’m just not sure that employers have a sufficient incentive to do that, especially in today’s relatively fluid job market. That said, there are ways they can help before retirement. Maybe it’s giving them access to an advisor before they retire, or buying pieces of an annuity for their retirement.

How does Social Security factor into this planning?

Oh boy, that’s a big issue. The problem is that over the years, we’ve raised benefits without raising contributions accordingly. Relative to what’s needed, the trust is so small it’s almost irrelevant. I’m not an expert in policy, but I will say that attempts to reduce benefits have not gone anywhere politically in my lifetime. Compared with other countries, our system is pretty much middle-of-the-road in terms of benefits. So I would doubt that there is going to be a major change in the benefits. The question is, how do we as a country pay for it?

Let’s talk about annuities. They’re criticized for their cost and complexity. Is it deserved?

In its most basic form, an annuity is a way to spread the risk of longevity. I don’t know how long I’m going to live. You don’t know how long you’re going to live. Annuities are a vehicle for pooling that risk. We who have been on the investments side have been babbling about pooling investment risk all our lives. Diversify, diversify, diversify. And yet, when we retire, longevity risk is at least as big a risk as investment risk, and you really should consider pooling some of that, particularly as you get into the later stages of retirement.

The insurance and investment industries are beginning to come together and provide products where you can take some investment risk and also pool longevity risk. Of course, that’s what produces a plethora of complicated products. I’m not advocating it particularly, but I think it’s interesting, and I think you’re going to see more products that cross over.

Won’t that just make it harder for individuals to make a decision?

Right now, you tend to have investment advisors for retirees, and insurance advisors or salespersons for retirees, and it’s fairly rare to go to somebody who can sell you annuities or invest your money and has no financial incentive to tilt one way or the other. Ultimately, what I’d like to see are people who have knowledge of both annuities and investments, and who are compensated in a way that doesn’t influence the decision.

Do you have any advice for the do-it-yourself retiree?

I would go online and learn something about annuities so you understand that set of options tolerably well. Almost certainly, robo-advisors will start building products for that person. For the middle class, that is probably going to be the way it happens, though I would still like to see them have at least one appointment with a human [advisor] before they retire.

Your ebook outlines a strategy that you call a “lockbox.” Can you take us through it?

In each box, you have a combination of safe assets, such as an annuity or TIPS [Treasury inflation-protected securities], and a market-based portfolio, such as one with stocks and bonds. You have the key if you need to access the funds, but the idea is that, once a year, you would sell the assets in that year’s lockbox. You put all your money in locked boxes to begin with, and you just happily open locked boxes. If you’re dead, your partner opens the lockbox, and if you’re both dead, your estate opens all the lockboxes that are left.

How is this better than managing a single portfolio and withdrawing a certain percentage every year?

The buy-and-hold aspect of the lockbox is better than the glide path [gradually changing the allocation of the overall portfolio], and that has to do with capital asset pricing. With the traditional glide path, the money you’re going to have in 2030 is going to be a function of both how your portfolio did overall and the path it took to get there; there’s an added risk that’s not rewarded with higher expected returns. Bottom line is that bucketing your assets in annual increments with different initial asset mixes in the lockboxes can provide a more efficient production of retirement income over time.

The caveat is that setting up and managing these lockboxes comes with its own complexities.

Sounds promising. So, if you could design a retirement-income solution for the masses, what might that look like?

I envision a financial advisor who can help you make big decisions about how you’re going to invest your money, whether it’s lockboxes or something else, and understand the broad trade-offs, but it’s going to be a tough business to be in.